This is an image that I created for a sticker that I’ll be including with prints that I’m selling.
I created this character, named Faral, in the mid-90s and she appeared in the comic Rough Cut #2. The story was called Demontowne.
Since then I’ve built a whole steampunk fantasy western around this character and the world she lives in. 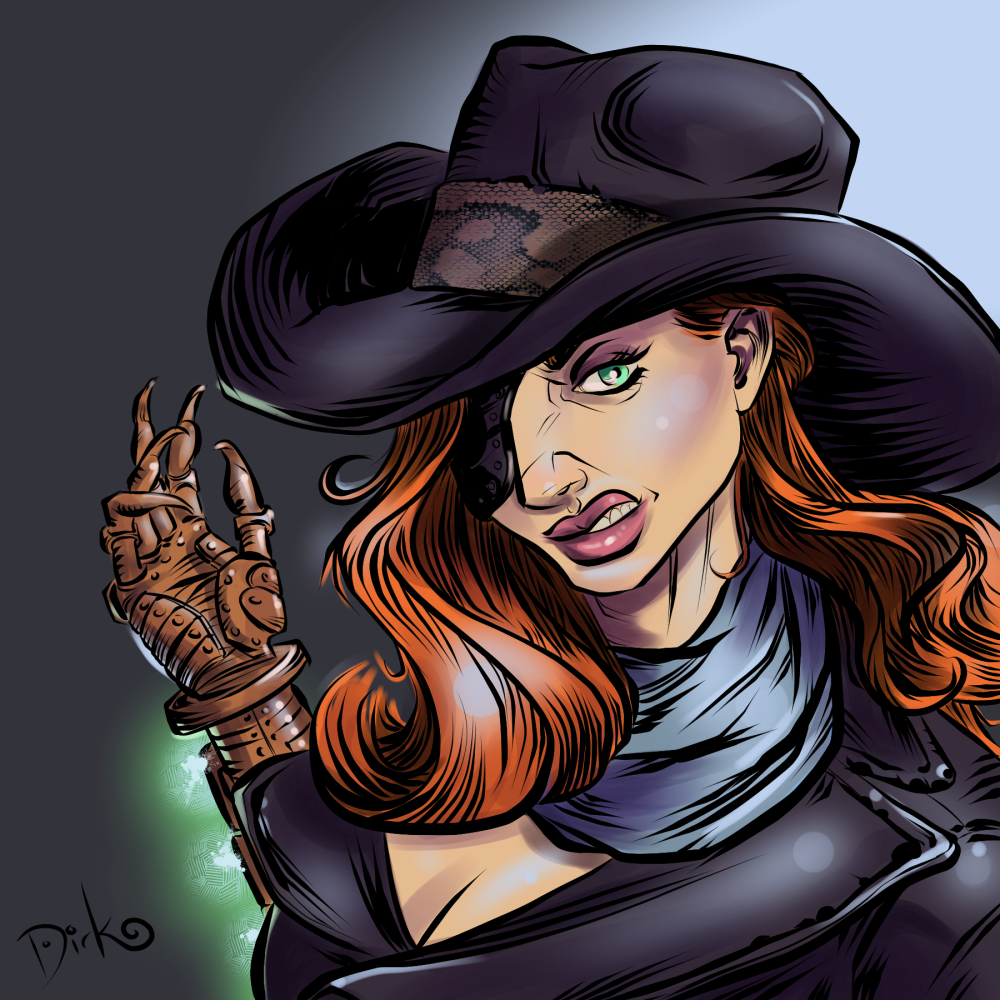 This is my full-on comic style that’s evolved over the past six months. This was created in the method I would use for a comic page.
This style is a work in progress. I’m finding that I really enjoy making the lines and doing the color with this style. It’s relaxing to me. I could see doing this for 24 pages, or more. I’m one step closer now.
Since the comic stuff always ends up looking different from my portrait work I’m curious what you think about where I’m at right now.
And since this is my character, I’d like to hear what you think about her too.